Hemp is an all-terrain plant, a bad weed as they say, and when given proper care it grows like no other plant. It improves soil structure and is perfect for crop rotation.

Hemp is sown in spring, depending on the area, from the beginning to the end of this season. During germination and the early stages of growth it is important to keep the environmental humidity high.

Hemp grows quickly and develops a lot of plant mass until the nights begin to lengthen, in mid-summer. At that time they start to flower until late summer or early autumn. The ideal temperature for hemp growing is between 59 and 77 ºF (15-25 ºC). Values below 59 ºF (10 ºC) slow down the development of the plants, which can stop completely or even die.

⛳ What are the advantages of hemp growing?

Compared to most traditional crops, hemp grows much faster, needs less care and is more profitable overall, but let’s take a closer look at these aspects which can be very interesting.

Although this plant can grow in many different types of soil and environment, there are situations where it develops much better. Let’s see which ones they are:

👌 What is hemp grown for?

Historically, it has always been grown to obtain fibres. The production of clothes and ropes has been its main use for hundreds of years.

In the Middle Ages most fabrics were made of this material because of its high resistance. So much so that it is said that if it were not for hemp, Christopher Columbus would never have made it to America.

Another widespread use of hemp at that time was the production of paper, as the most relevant fact in this matter, it is always said that George Washington signed the US independence statement on hemp paper. We would like to think that the most important contribution that hemp paper has made to the world is that thanks to its low production costs a large number of Chinese children were able to study once.

Nowadays it is not so profitable for those uses, but other very interesting ones have appeared, I will give you some examples:

Hemp cultivation is booming, after many years of polluting the soil and the environment with toxic chemicals it is time to go back to the past. This plant has the ability to improve both the soil and the air where it is grown, and also contains more medicinal properties than any other. Let us hope that the revolution that is beginning will continue for many years to come, for our sake and above all for the health of the planet.

Hemp growing is the most interesting at a commercial and environmental level, its many advantages collide head-on with capitalism, which is why they tried to extinguish it. Luckily it is now reborn stronger than ever and they’ll never be able to stop this magnificent plant. 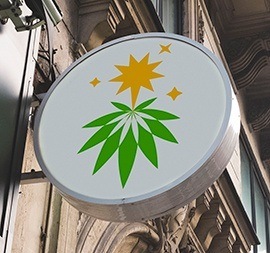 Who we are?
ARAE CBD is your trusted online store with all the products you need for your well-being.

Mission and vision
We consider it very important to make the advantages of CBD available to all people, its benefits are very wide.